La Crosse, WI, December, 4, 2014, Therese A. Boisvert, Administrative Assistant, Moderator of the Curia/Vicar General for The Roman Catholic Diocese of La Crosse, has been recognized by Elite American Public Servants for dedication, achievements and leadership in religious services.

In a role that allows her to support the mission of the religious organization to draw people closer to Christ and to one another in Christ with religious support and education, she is in charge of fulfilling and moderating daily communication tasks for the Vicar General and Bishop, and assisting the Vicar of Clergy and priests in managing immigration issues. With a strong background in education and computer science, Ms. Boisevert directs two libraries in the church. The award-winning professional plans to establish a third library at the church, as well as a system for uniformity between each facility. END_OF_DOCUMENT_TOKEN_TO_BE_REPLACED

Dr. Diane E. Watson started her career as a teacher in 1956 and worked as an elected official for 25 years. She then served in the California State Senate for 20 years and was appointed by then-President Clinton as an ambassador of the Federated States of Micronesia in the North Pacific below Guam. She retired on December 31, 2010 after a 36-year political career. Dr. Watson last served as a U.S. Representative for t the 33rd Congressional District for Los Angeles, Ca., including Culver City, Hollywood, and Silver Lakes. Additionally, she chaired the Health and Human Services for California State Senate for 17 years.  In her role, Dr. Watson was responsible for implementing policies and procedures on health care, social services, education and housing, consulting with the public, and overseeing the government and foreign affairs. She attributes all the success she experienced throughout her career to her education, goal-oriented nature and the support she receives from her family. Dr. Watson earned a Ph.D. in educational administration at Claremont Graduate University, a Master of Science and a Bachelor of Arts in education at California State University, Los Angeles, and an Associate of Arts at Los Angeles Community College District. She keeps abreast of changes in her field through her affiliation with the United Teachers Los Angeles, National Urban League, National Education Association, NAACP, Alpha Kappa Alpha Sorority, Inc., and Council of American Ambassadors. END_OF_DOCUMENT_TOKEN_TO_BE_REPLACED 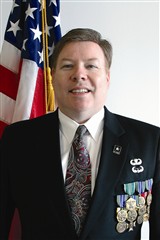 Inspired by his maternal grandmother, who was a government employee and suggested that he go into public service, Ted Cogdell pursued a career in the field. He entered public service 31 years ago in the U.S. Army, and in 2001, he requested a developmental detail assignment with FirstGov.gov (now USA.gov) when it was launched. He was assigned to market and outreach the new portal across the Nation, attending conferences, exhibits, expos, and seminars to spread the word about the federal government’s new free Internet portal. He then competed for a permanent position, and began work on July 29, 2001. Mr. Cogdell is recognized for his expertise in marketing and communications and is responsible for conducting marketing and outreach activities on a host of vital agency programs and priorities. His extensive federal career has had both a military and civilian component. The capstone of his military career was that he helped our Nation win The Cold War with service in Germany at the famous Fulda Gap, where he was a squad leader and assistant platoon sergeant. He also served in the Army Guard and Reserve, earning a total of 11 medals for merit, achievement, and conduct. He’s still searching for the capstone of his civilian career. His unique experiences and record show that he is able to overcome obstacles. His path to where he is today is full of scores of decision points that he embraced with pride and never looked back. Mr. Cogdell attributes his success to being raised in a high-expectations environment at the Milton Hershey School, challenging military experience, college education, and working hard and smart while building a reputation for overcoming obstacles and exceeding expectations. Mr. Cogdell is dedicated to assisting others with disabilities and is a Founding Member of Federal Employees with Disabilities (FEDs). Looking toward the future, Mr. Cogdell would like to be a leader and coach on both the GSA Veterans’ Councils and the GSA Disability Council, using his unique brand of narrative leadership and the ability to overcome challenges.

END_OF_DOCUMENT_TOKEN_TO_BE_REPLACED

Houston, TX, July 10, 2014, Larry Howell Williams, Deputy Administrator and Commander of the Houston Police Department, has been recognized by Elite American Public Servants for dedication, achievements and leadership in security and protection. END_OF_DOCUMENT_TOKEN_TO_BE_REPLACED

With his knowledge of physical geography and political policies, Mr. Jackson realized that public administration was the right career path for him. He has garnered more than 15 years of professional experience and has been serving in his current role for the past decade. In his role, Mr. Jackson is responsible for reviewing architecture and ordinances, and handling all public policies dealing with drafting, transportation and environmental issues. He takes great pride in his work and is dedicated to making a difference in his community; he enjoys seeing the physical changes in his community that will remain here, long after he is gone. Aside from his work with the Town of Abingdon, he also teaches cultural geography at a local community college on a part-time basis, and is serving with the United States Navy Reserves. Mr. Jackson believes he has been able to excel in his field due to his hard work and a series of fortunate events. He advises other who would like to be successful in his field to network and cross-network as much as possible. He hopes to inspire anyone who to fulfill their dreams in services to humanity. END_OF_DOCUMENT_TOKEN_TO_BE_REPLACED 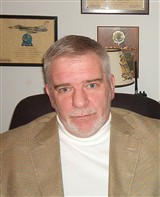 Reverend James Rutledge’s desire to reach out to others and help through life’s challenges inspired him to join Lost No More Ministry as director in August 2013. The prison ministry provides a 12-step recovery program and counseling services. Rev. Rutledge gets great satisfaction out of turning lives around and works hard to provide individuals with support through mentoring and coaching. As the director, he also recruits counselors and social workers, and presides over a discipleship class, as well as the Sunday service for the prisoners at the Lackawanna County Prison. Rev. Rutledge’s dedication to helping others extends outside of his responsibilities as the director of Lost No More Ministry. He serves as a volunteer chaplain at Lackawanna County Prison, and is on the board of directors for Care Net of Scranton. Rev. Rutledge is also involved in pastoral care at Moses Taylor Hospital and is completing a fellowship volunteering at prisons. He is a certified pastor who won various awards for his expertise in training and coaching. He attributes his success to God. Looking toward the future, Rev. Rutledge intends to acquire financial support for the ministry. END_OF_DOCUMENT_TOKEN_TO_BE_REPLACED

Inspired by her personal experiences, Joyce Weatherford started working for a disability organization, Treasures of Joy, 10 years ago. The organization provides recreational services for those with disabilities and special needs. During her tenure, Ms. Weatherford has watched the organization grow from three families, approximately 12 people, in January 2011, to more than 300 in November 2013. An expert in community outreach and outreach management, Ms. Weatherford is responsible for contacting families, working with Special Olympics and other organizations serving the disabled, and exploring grants and other funding opportunities. Dedicated to providing the highest quality services, she recently assisted in the opening of Joyful Learning Center, a day rehabilitation center for adults with disabilities. The center offers full-day programs, educational programs and vocational training. She attributes her success to her perseverance. In the coming years, Ms. Weatherford would like to start more programs that help people with disabilities.

END_OF_DOCUMENT_TOKEN_TO_BE_REPLACED

Who's Who Lifetime Achievement

A Who's Who roster of prestigious Lifetime Achievement inductees

The leading source for prominent military professionals in the Worldwide community.

The leading source for prominent lawyers in the Worldwide community.

The leading source for notable executives in the Worldwide community.

The leading source for prominent health professionals in the Worldwide community.

The leading source for distinguished public servants in the Worldwide community.

The leading source for skilled engineers in the Worldwide community.

The leading source for prominent physicians in the Worldwide community.

The leading source for prominent nurses in the Worldwide community.

The premier source for prominent and successful female leaders.

Deciphering fact from fiction: Providing corporate transparency for our members

The leading source for prominent educators in the Worldwide community.